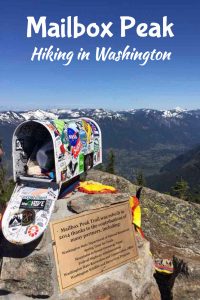 Our first hike of the season was back on the first weekend of April. I knew the next couple months were going to be pretty busy for us, and I was itching to get out to the mountains since skiing season was over. So, I ended up picking a pretty ambitious first hike of the season – Mailbox Peak! This hike has been on my list of hikes since last summer when I kept seeing pictures pop up on the PNW hiker feeds I had started following.

Mailbox Peak is notorious for being an incredibly difficult hike. What’s now known as the “Old Trail” is a grueling 2.6 miles with 4000 feet of elevation gain. However, two years ago they finished creating the “New Trail” which is probably equally as painful but in a different way – it’s 4.5 miles of mind-numbing switchbacks through the forest. The trails meet up for the last mile or so, so either way you end by basically going straight up the side of the mountain.

Since we’d never done the trail before and I’d heard rumors that it was easy to get lost on the Old Trail if you didn’t know where you were going, we opted for the New Trail. This was our view for the first couple hours: 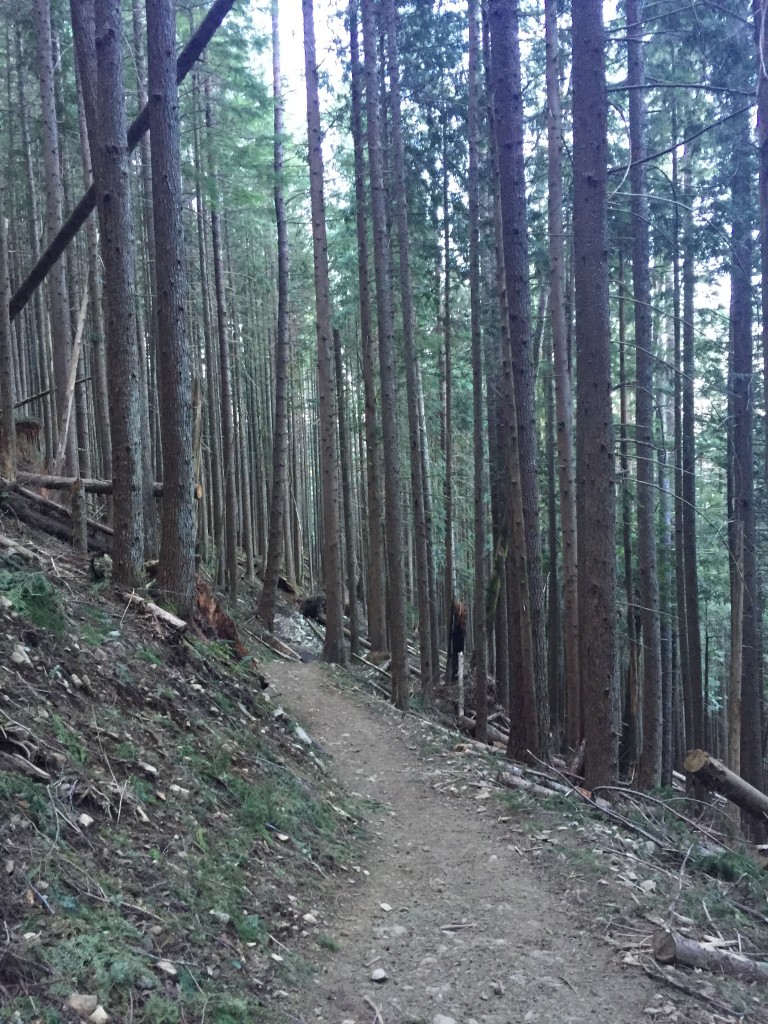 When we finally broke out of the forest, we could see Mount Si in the distance – another hike we’ve done many times! 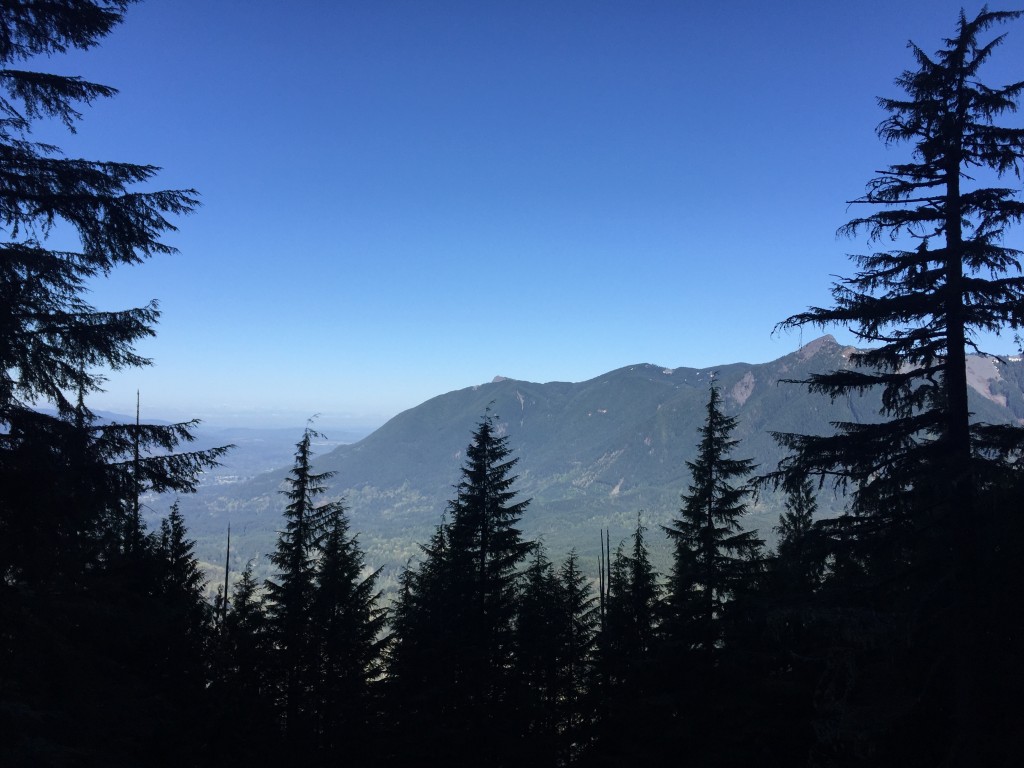 And just a little further down the trail we got our first view of Mount Rainier. 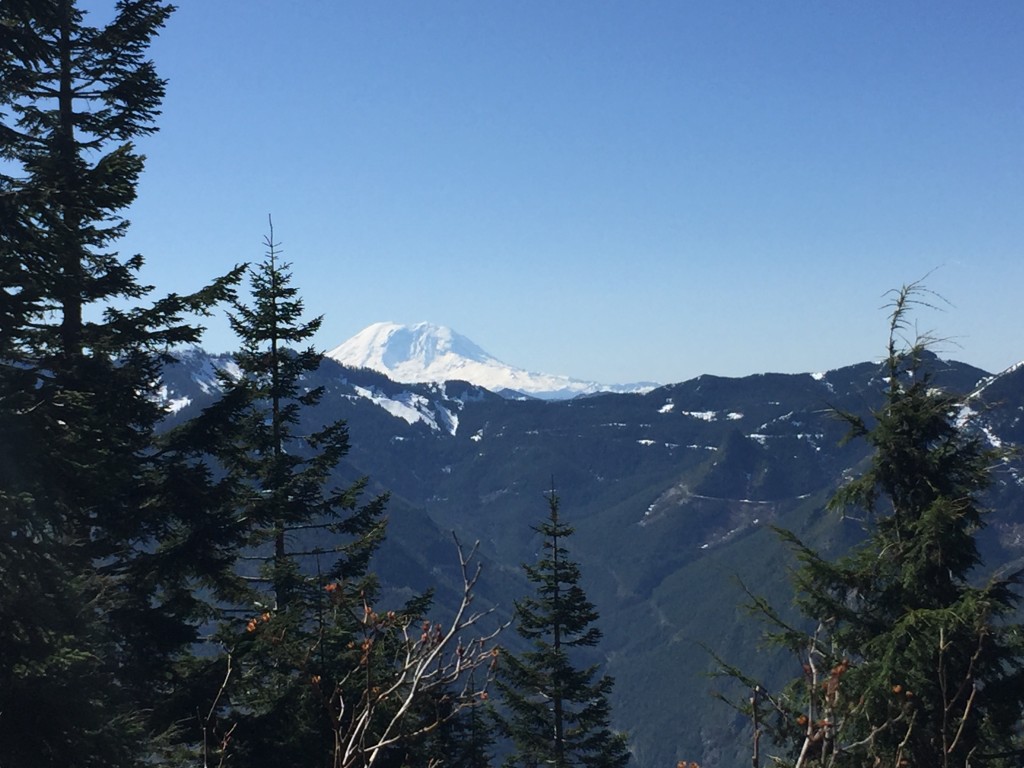 A few hours in (and after we’d joined up with the Old Trail), we reached the boulder field. I’d read trip reports describing the hike and knew we were getting close to the top. There are two ways to go at this point – follow the trail around to the left of the boulders, or climb straight up. At this point in the season, there was still some snow on the trail, so we opted to climb the boulders. 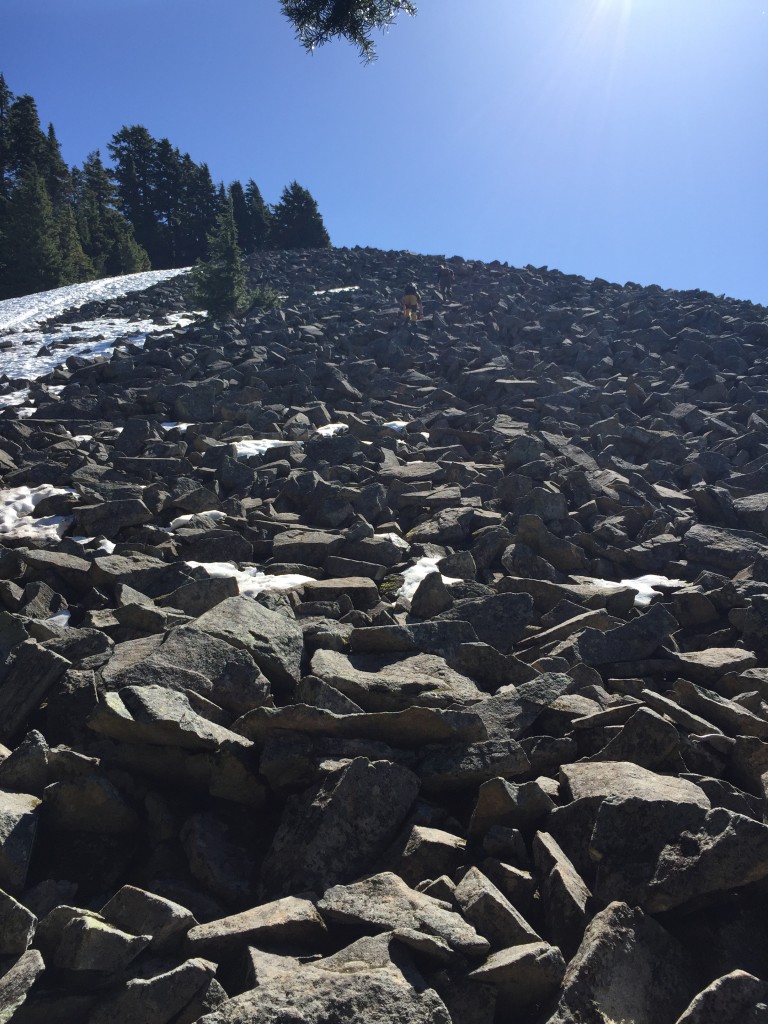 It was a pretty steep climb! 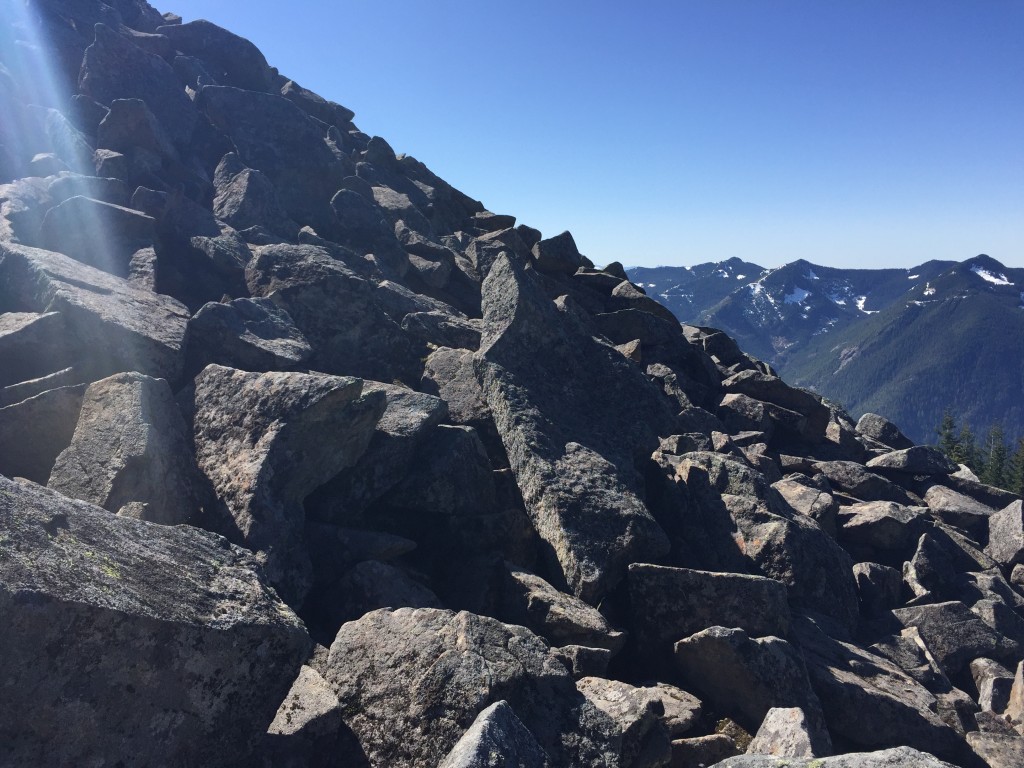 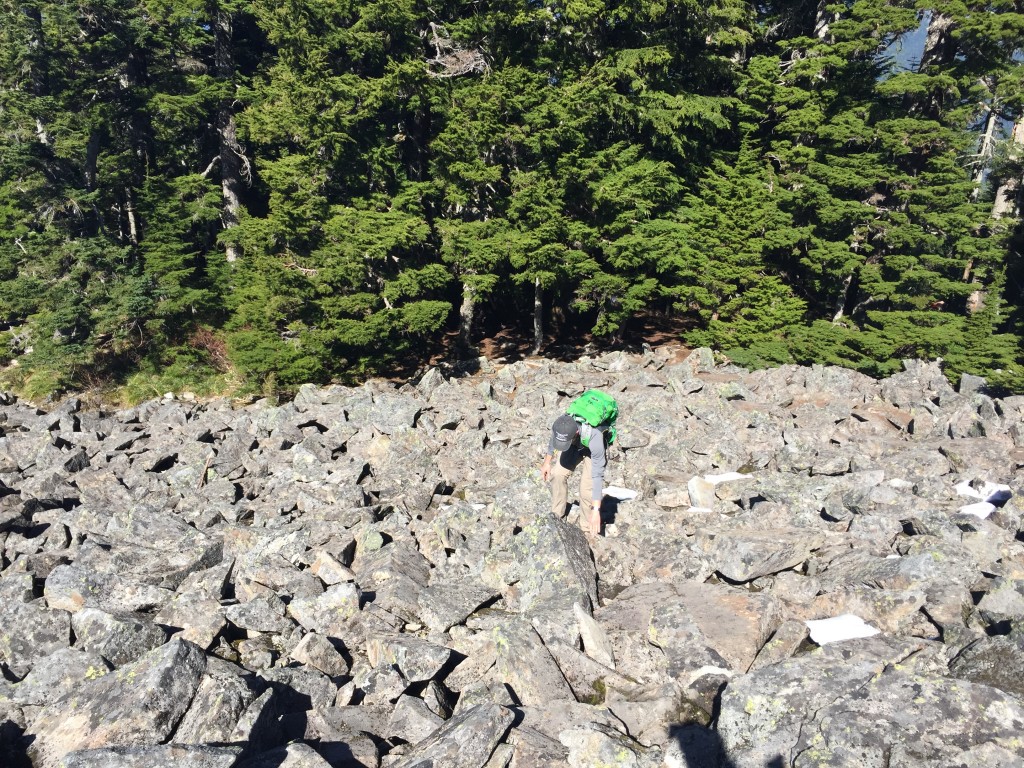 Pretty amazing view of Mount Rainier at this point! 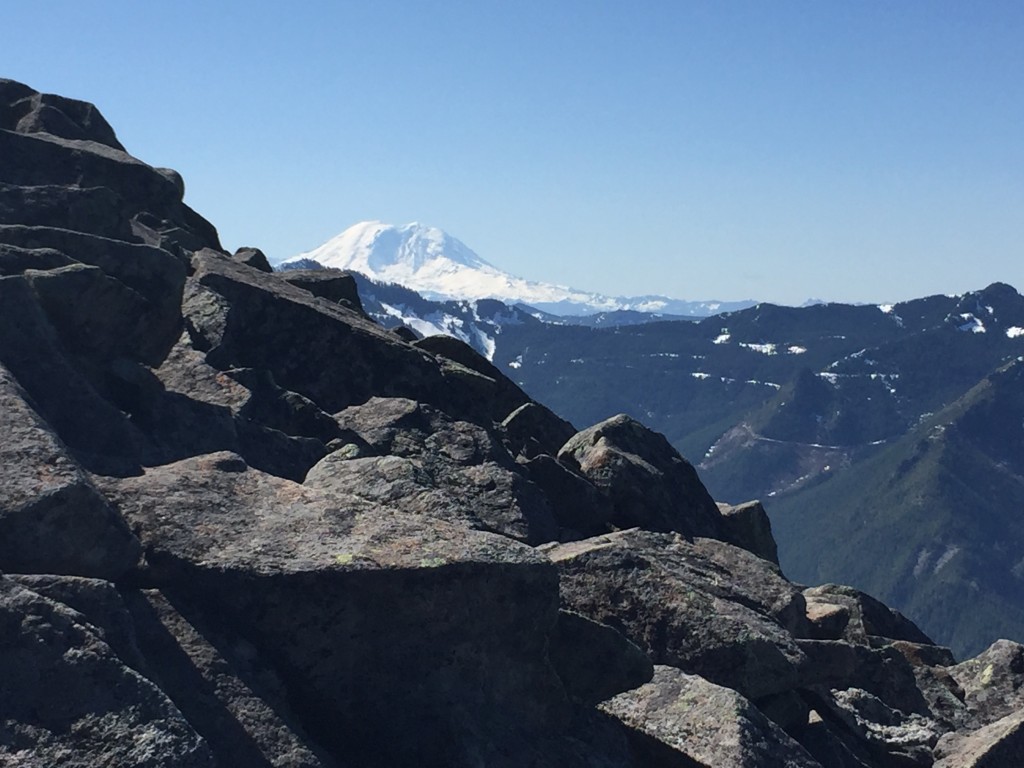 Another shot of J and the boulders. 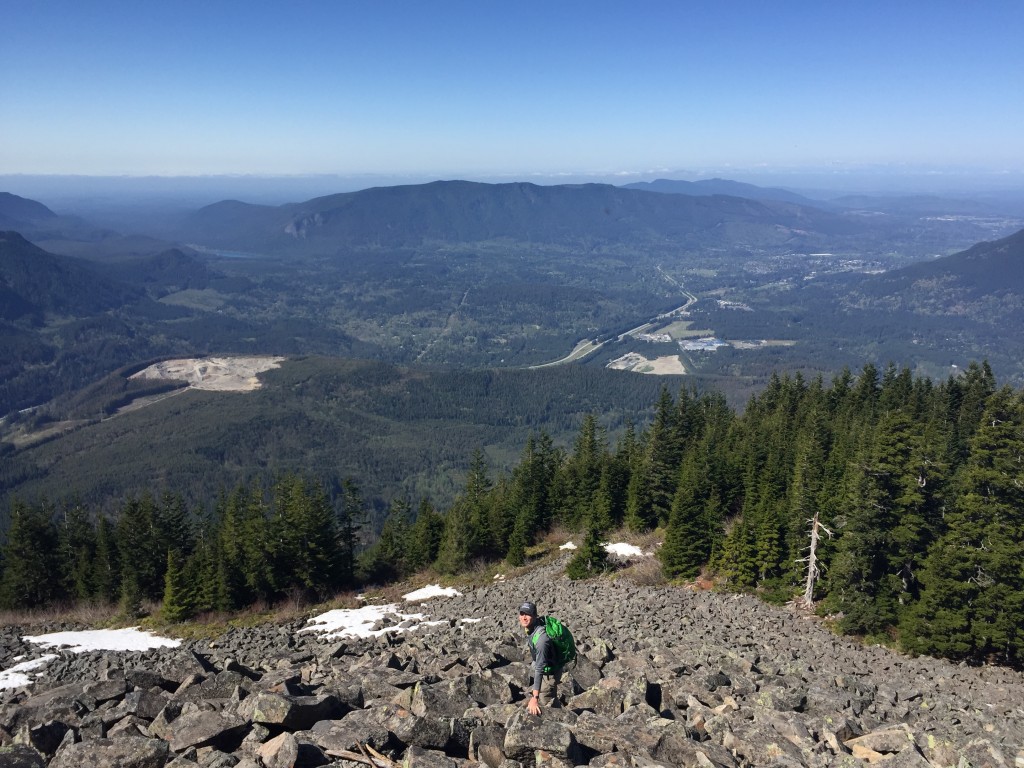 Soooo I had thought that once we got past the boulders we were basically at the top. We turned a corner around some trees and saw this – we still had such a long way to go! I think it still took us about 45 minutes to the top from this point – the last section of the trail truly goes straight up the side of the mountain. 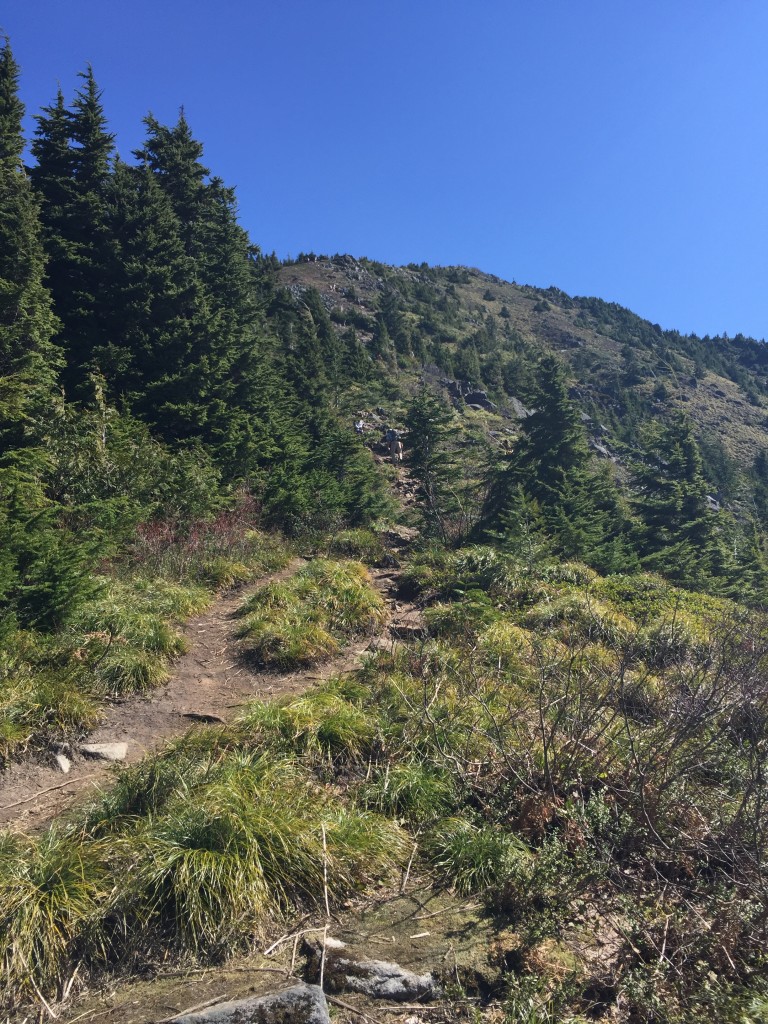 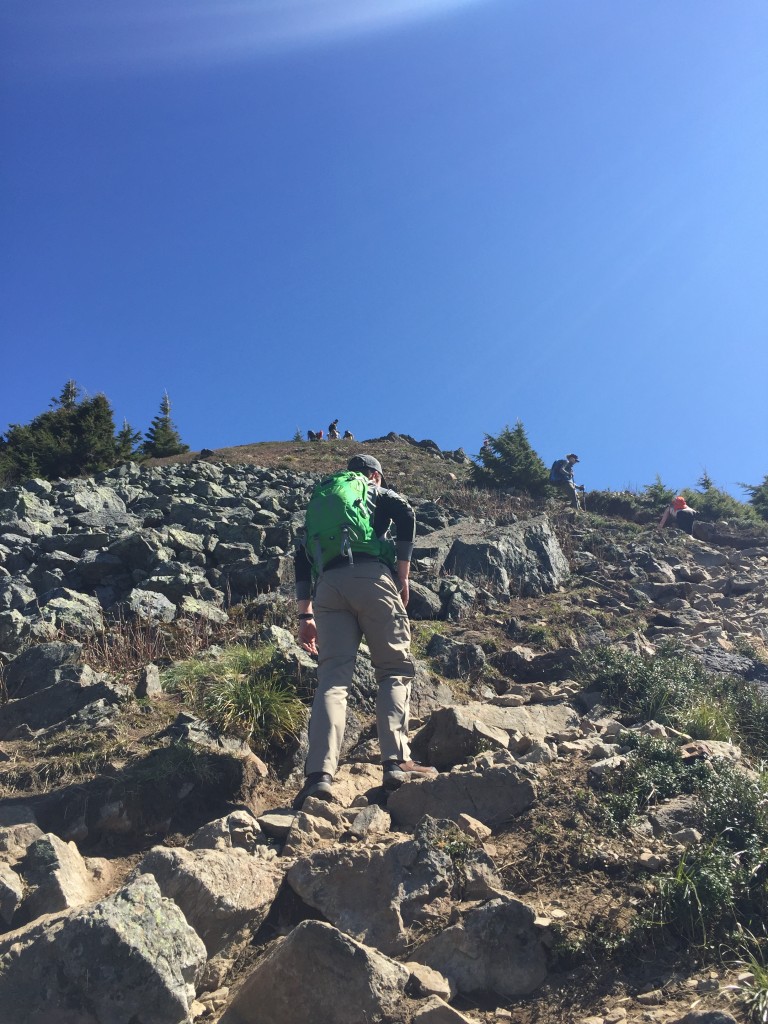 But man were the views worth all the effort it took to get there! 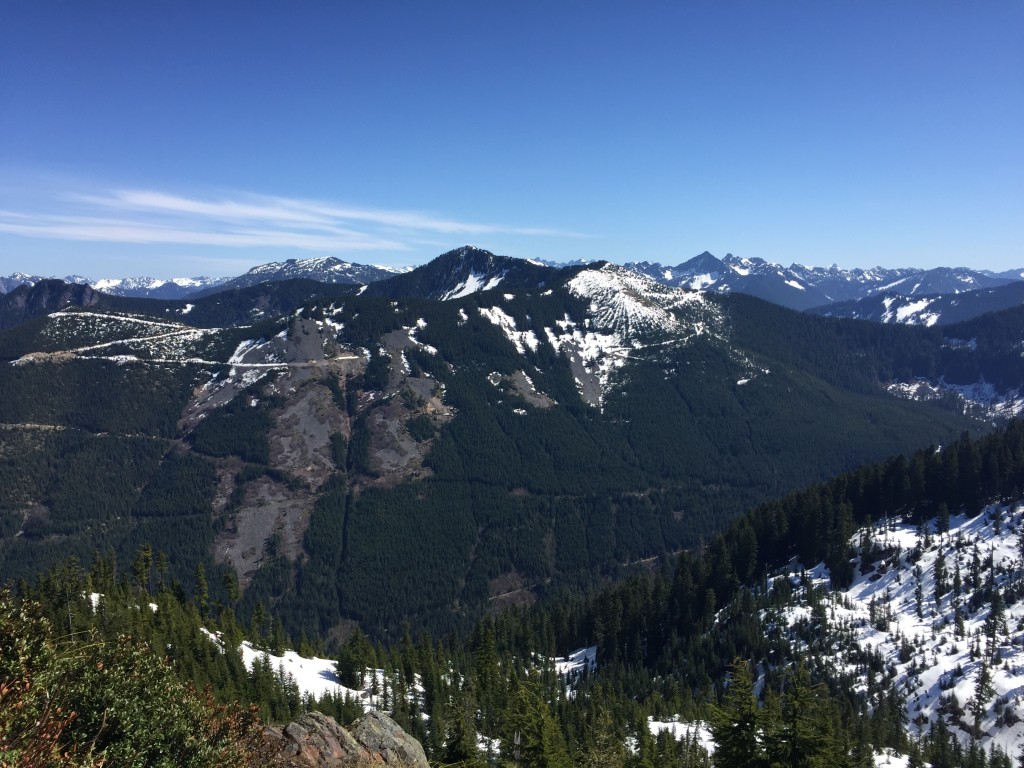 Here’s the Mailbox at the top! 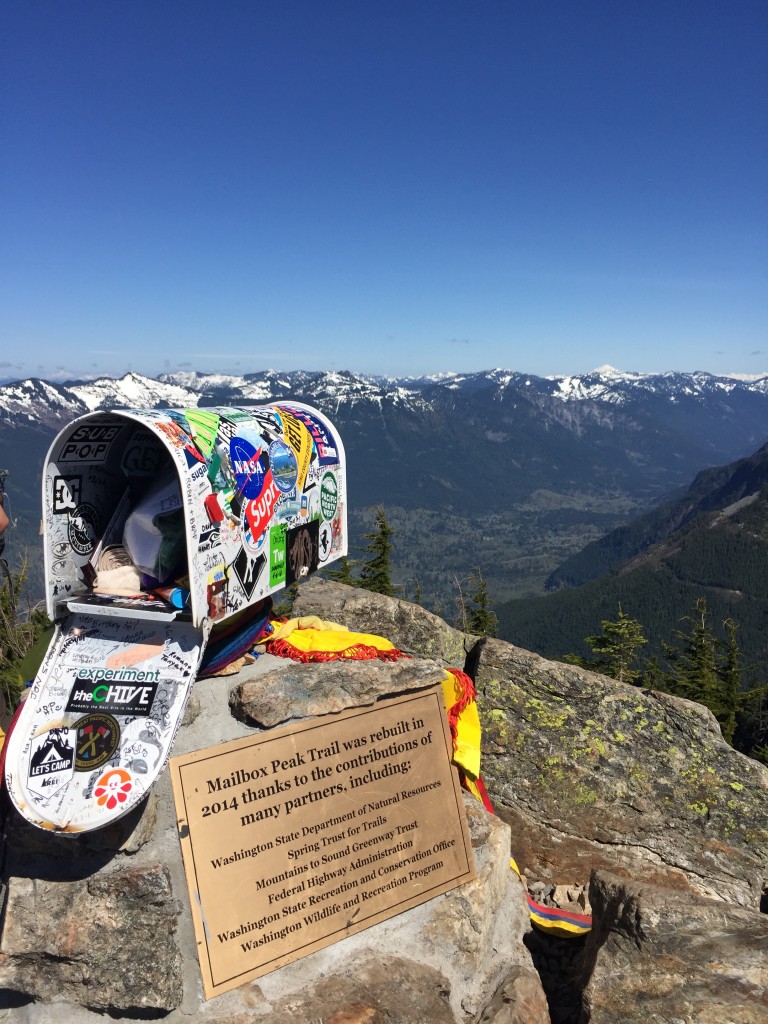 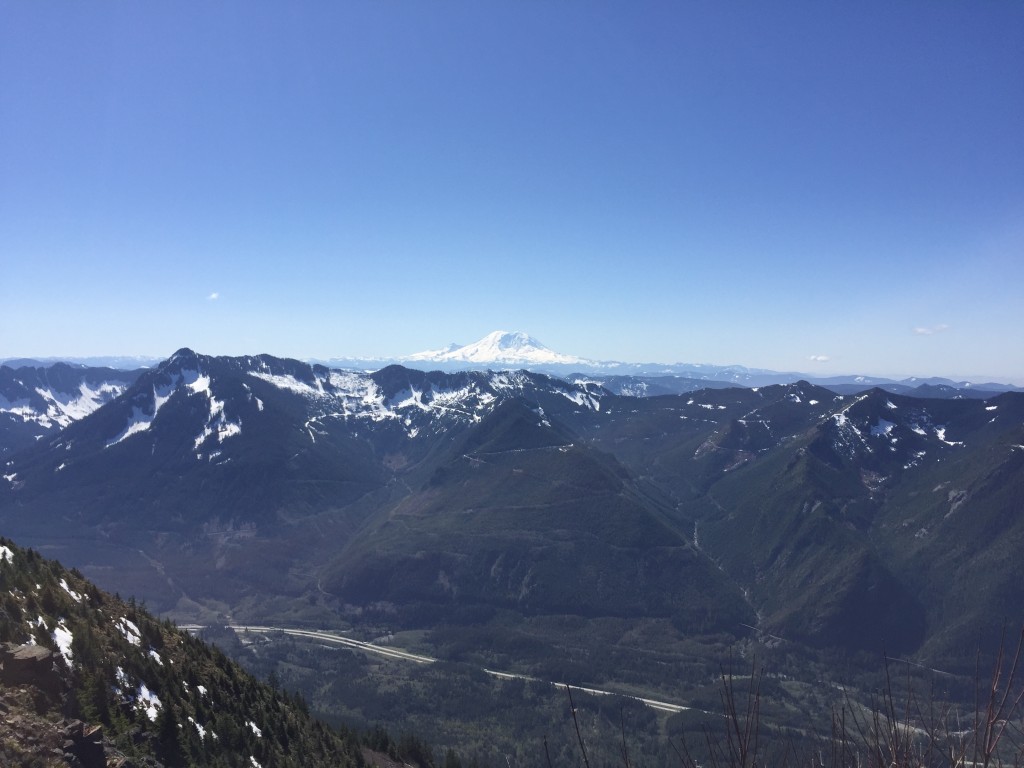 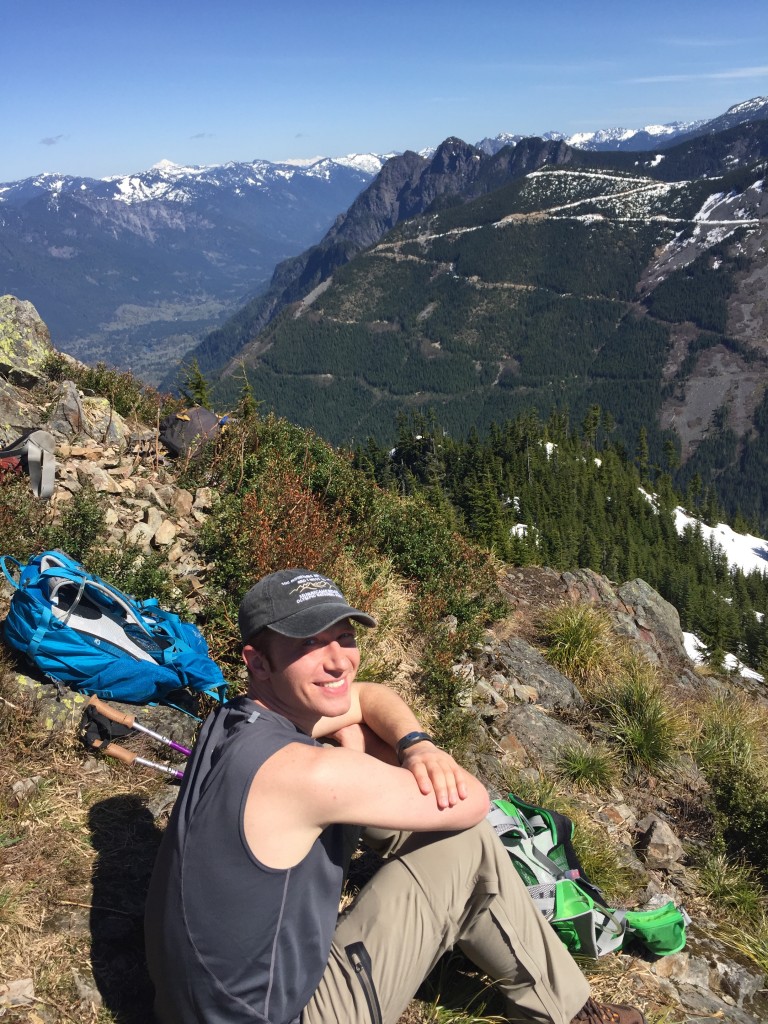 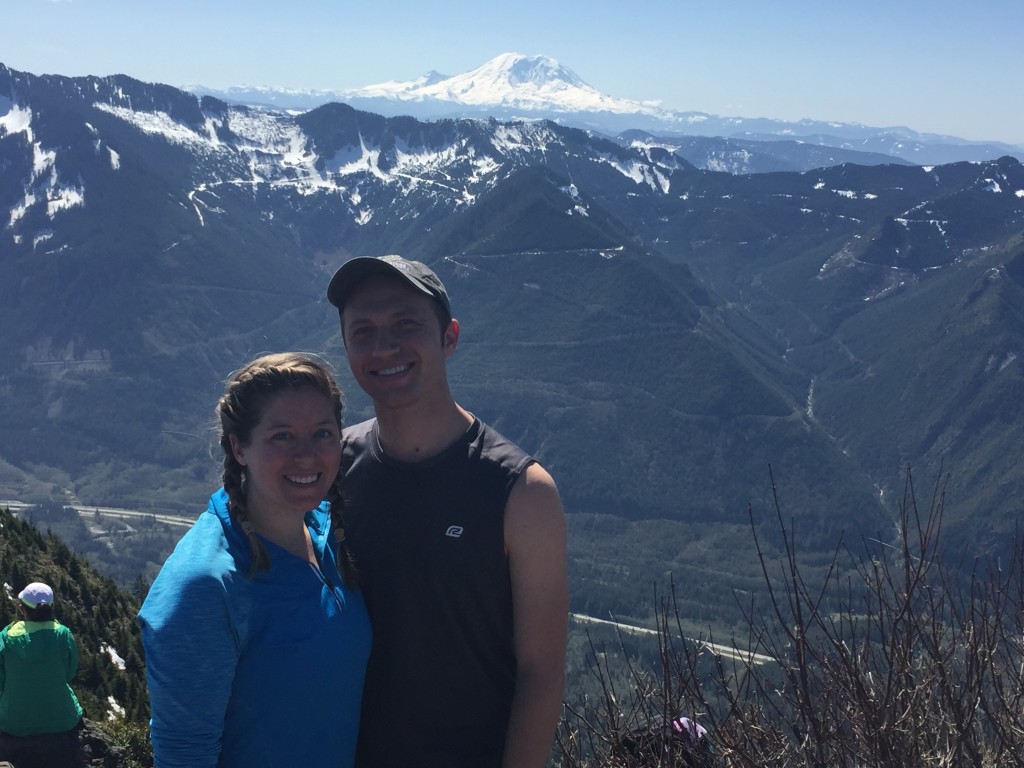 Mailbox Peak’s tradition is that hikers bring items to leave in it, and then take something with them that someone else left. (We snagged some Oreo’s!) 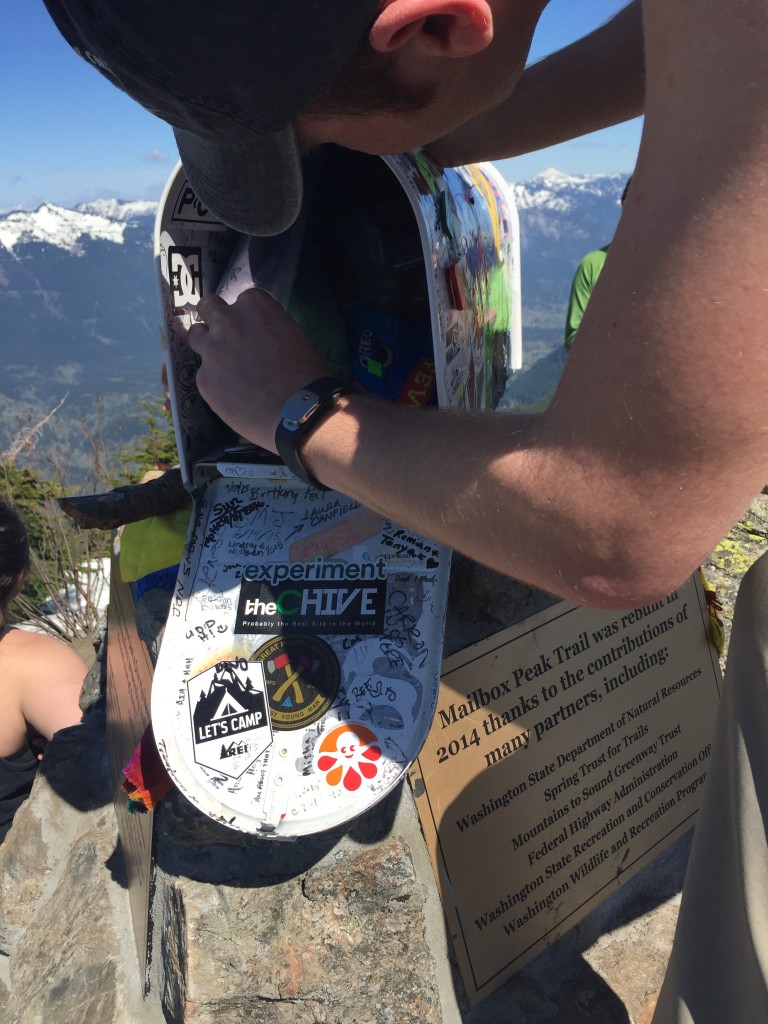 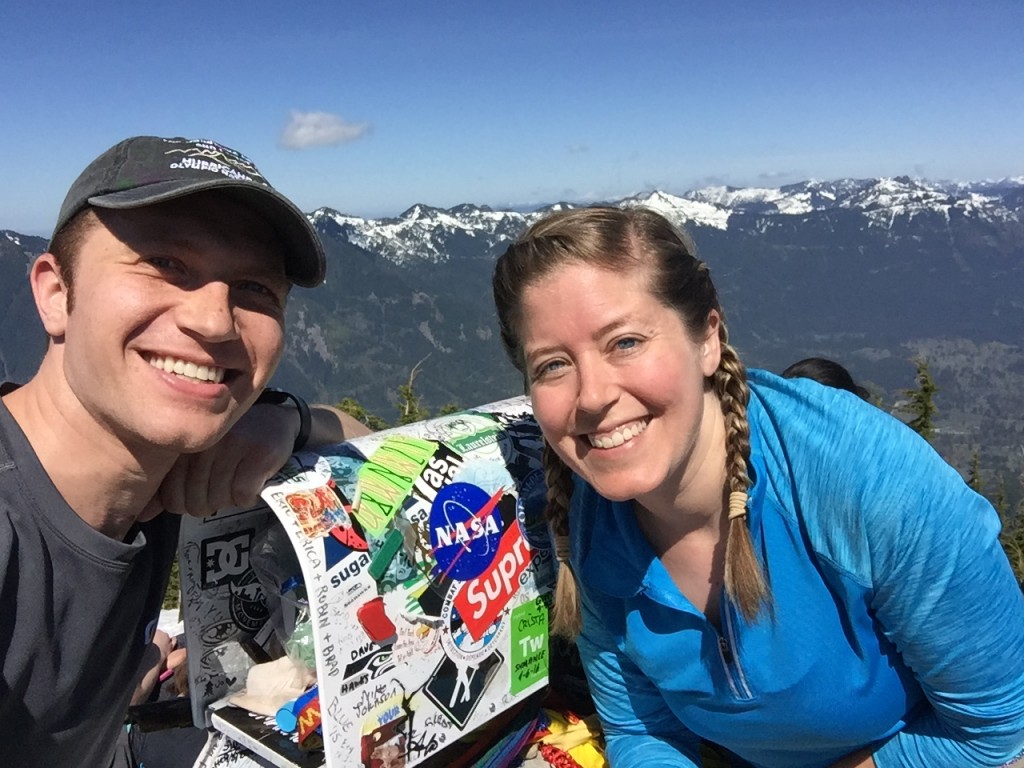 After a break for lunch and photos, we headed back down, debating whether to take the shorter, steeper Old Trail down or the longer, flatter New Trail. We ended up deciding to do the New Trail again even though it was longer, in order to try and not punish our knees too much. I do think the New Trail was the right decision, but we were definitely limping to the car by the time we finished. Here are a few shots from our hike down. 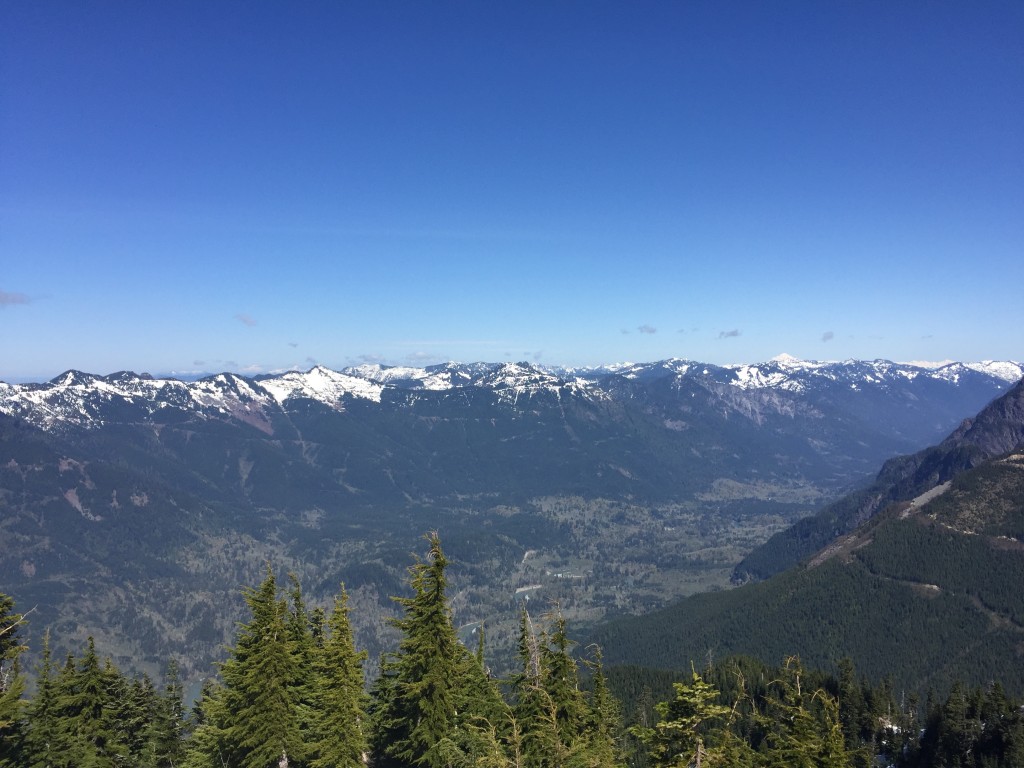 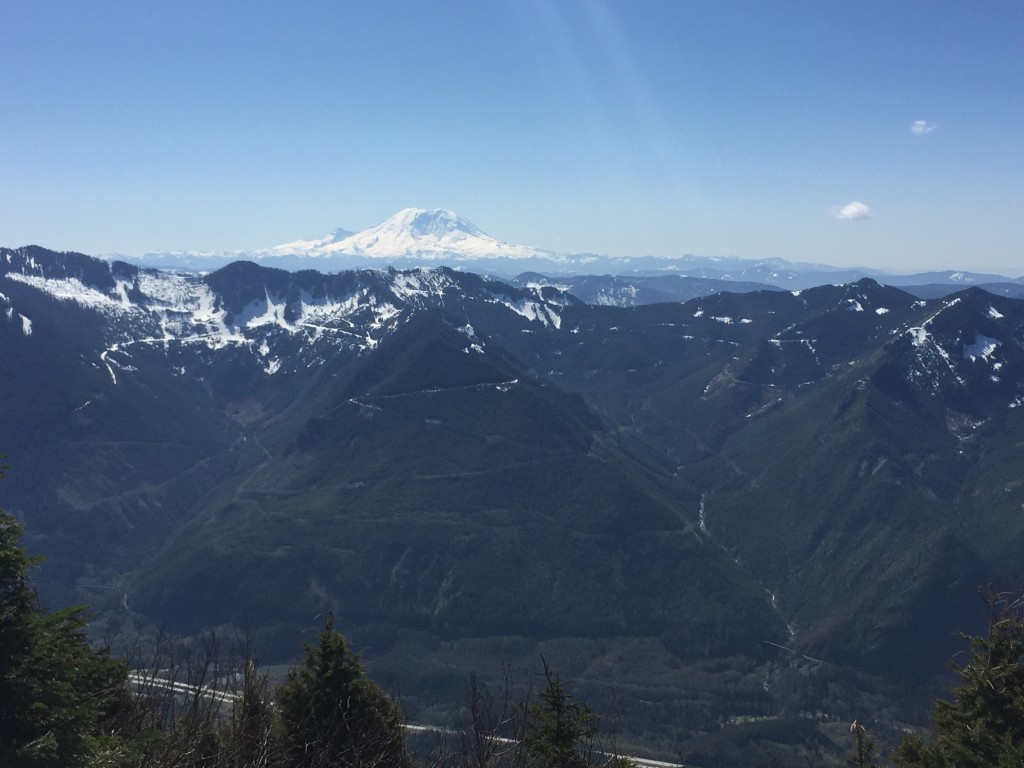 A view of the I-90 corridor. Mount Rainier directly across to the left, Rattlesnake Ledge straight across, and Mount Si off to the right.

A closer shot of Mount Si.

We opted for the trail around the boulders on the way down. Here’s J navigating through! There were a lot of footprints from other hikers to help us through, but it was still pretty slick in many spots. I’m sure by a week or two later this was all melted. 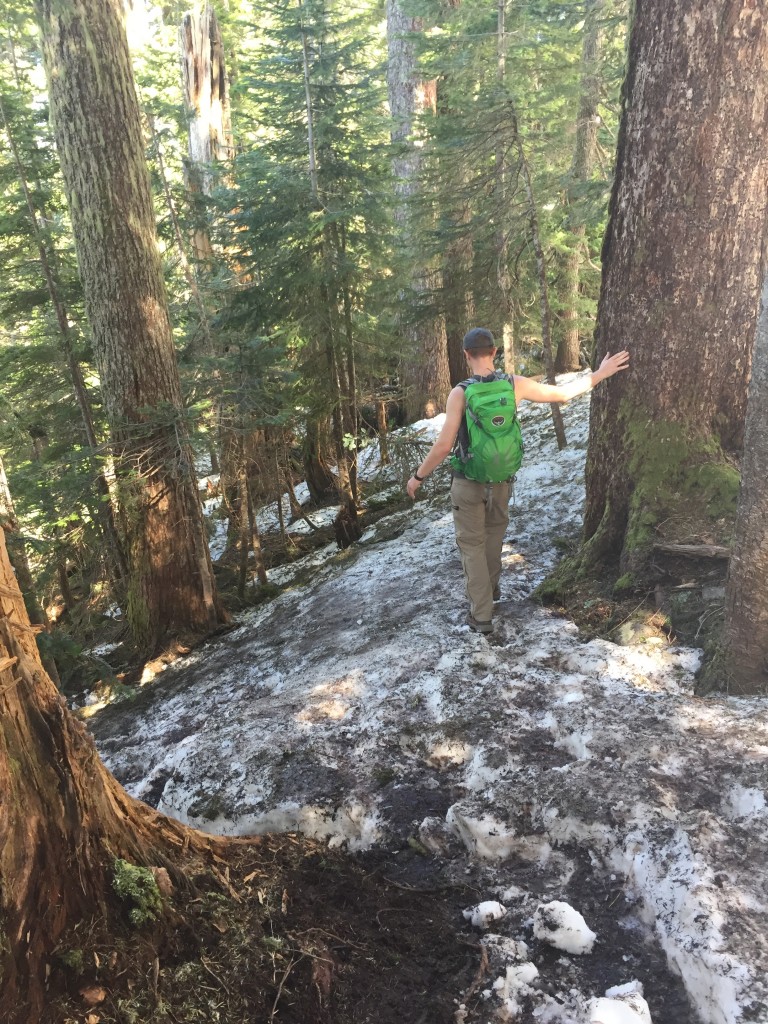 Ahhh I love these mountains! 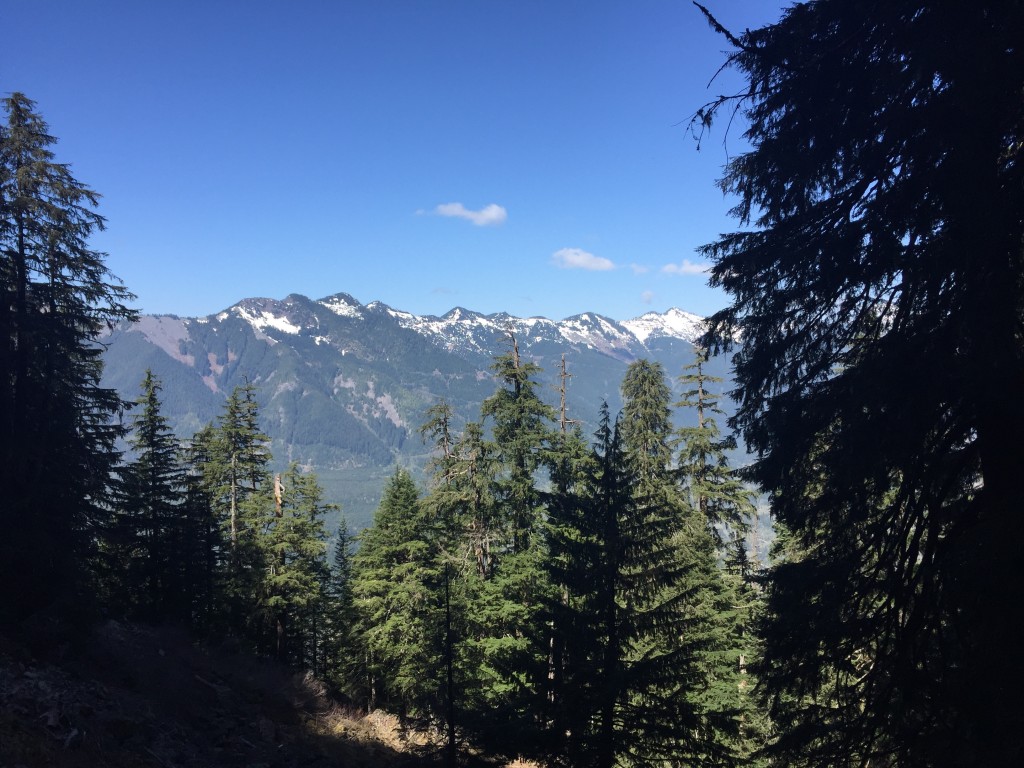 More switchbacks through the forest. 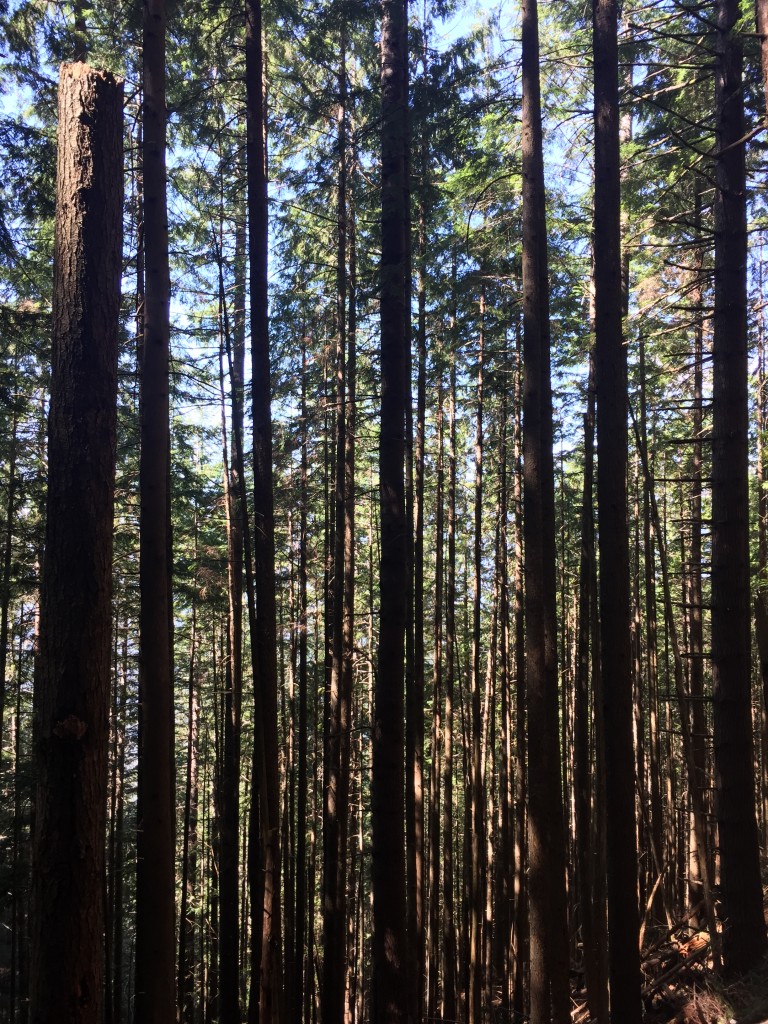 It was a very challenging hike for our first of the season, but I’m so glad we did it! It felt good to get out in the mountains again, and I’m looking forward to more hiking adventures this summer! 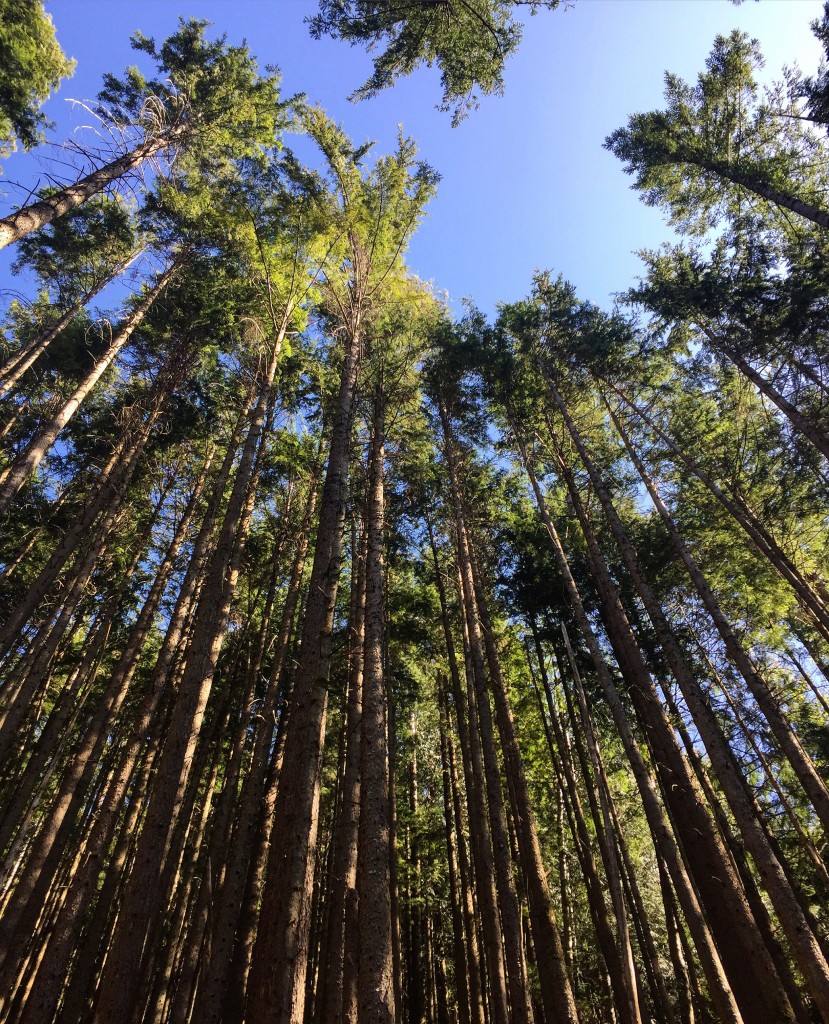 Looking for more hikes in Washington? Check out my Trails page for recaps of all our favorite hikes in the area!

« Skagit Valley Daffodils and Tulips
Puerto Vallarta – an Escape to the Sunshine! »